The United States: a team of 12 nationalities

In this interactive, discover the nationalities of the squad headed by German coach Jurgen Klinsmann. On the team, 17 of the 23 players have two passports. 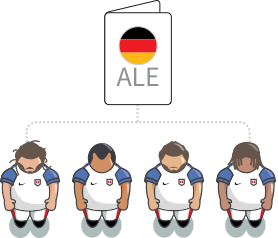 After U.S. citizenship, the most common citizenship on the U.S. team is German, mostly children of American servicemen stationed in the European country. But this isn't the only nationality from the European continent. Some U.S. players carry Croatian, Hungarian, Irish, Latvian or Polish passports.

Bedoya, Castillo and Orozco make up the Hispanic part of the team; their origins are in Colombia and Mexico. They are two players with African roots: Gyasi Zardes, whose second nationality is Ghanaian, and Darlington Nagbe, who was born in Liberia.

This midfielder from Maryland has two passports: American and German. The latter is due to his German ancestors. 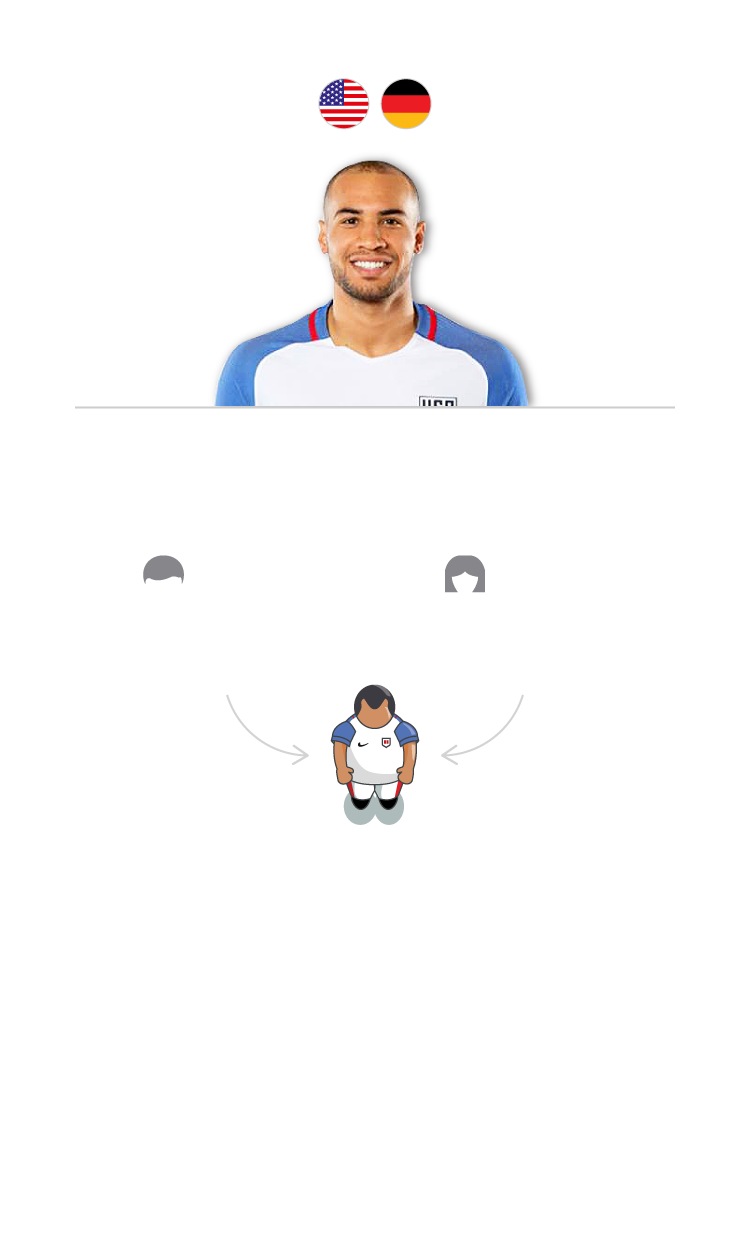 He is the son of a soldier from Chicago stationed in Berlin. Mildred, his mother, is German. He also played in the German ranks with the U-20 team. 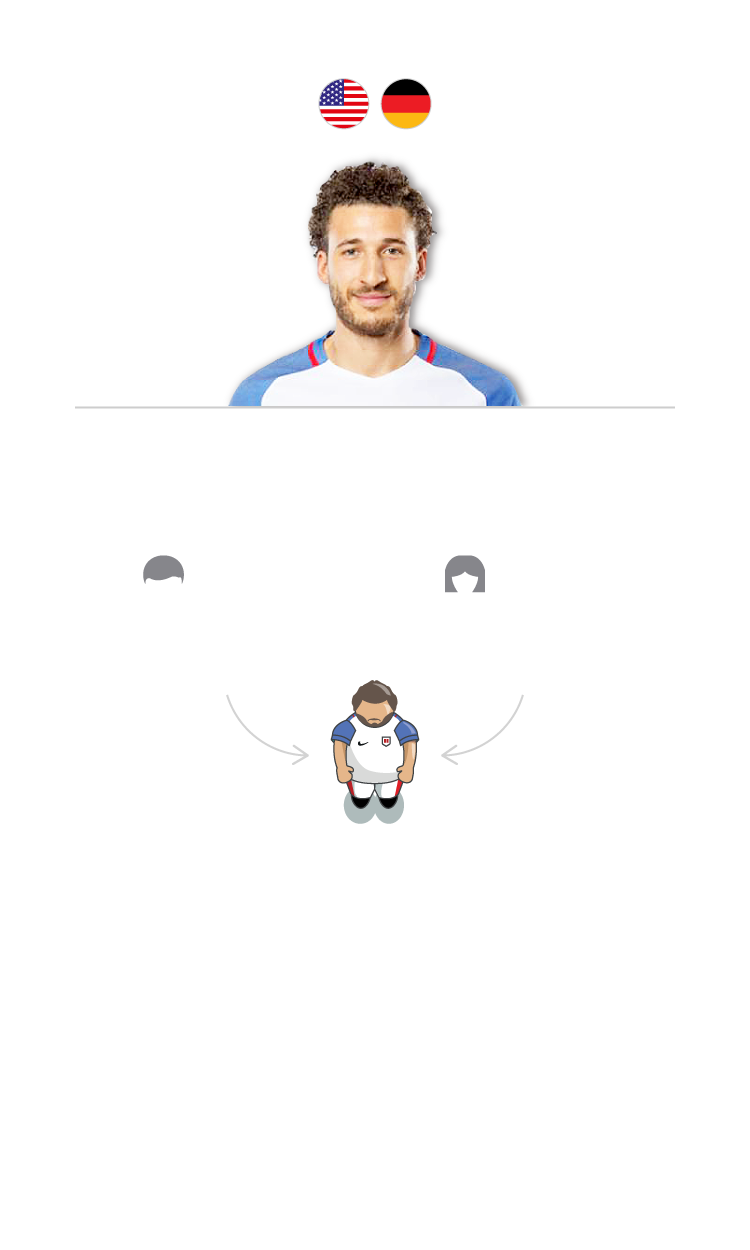 Johnson is another player who's the child of an American serviceman stationed in Germany. His maternal grandfather is American, and his mother was born in Germany. 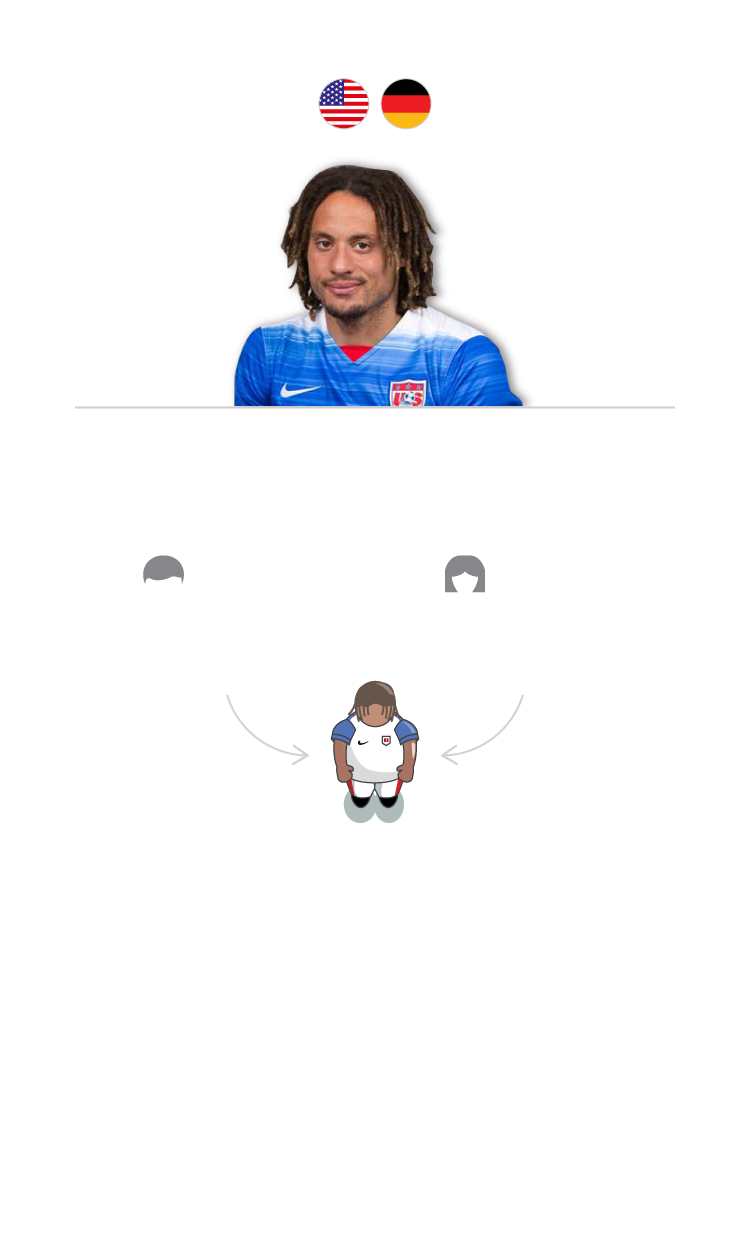 This defender was born in Frankfurt where his father, an American soldier, was stationed. He played for the U-18 in Germany. 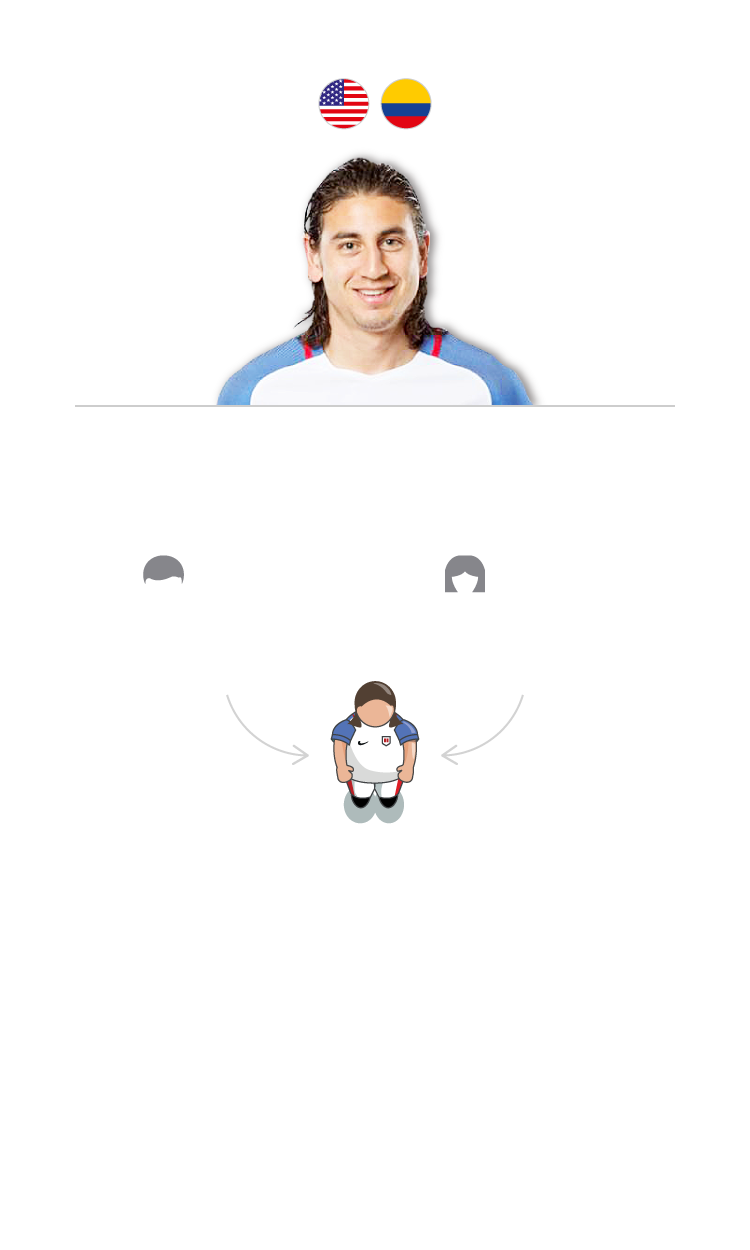 His parents, Adriano and Julieta, are Colombian. This Hispanic midfielder is the son and grandson of professional soccer players in Colombia. 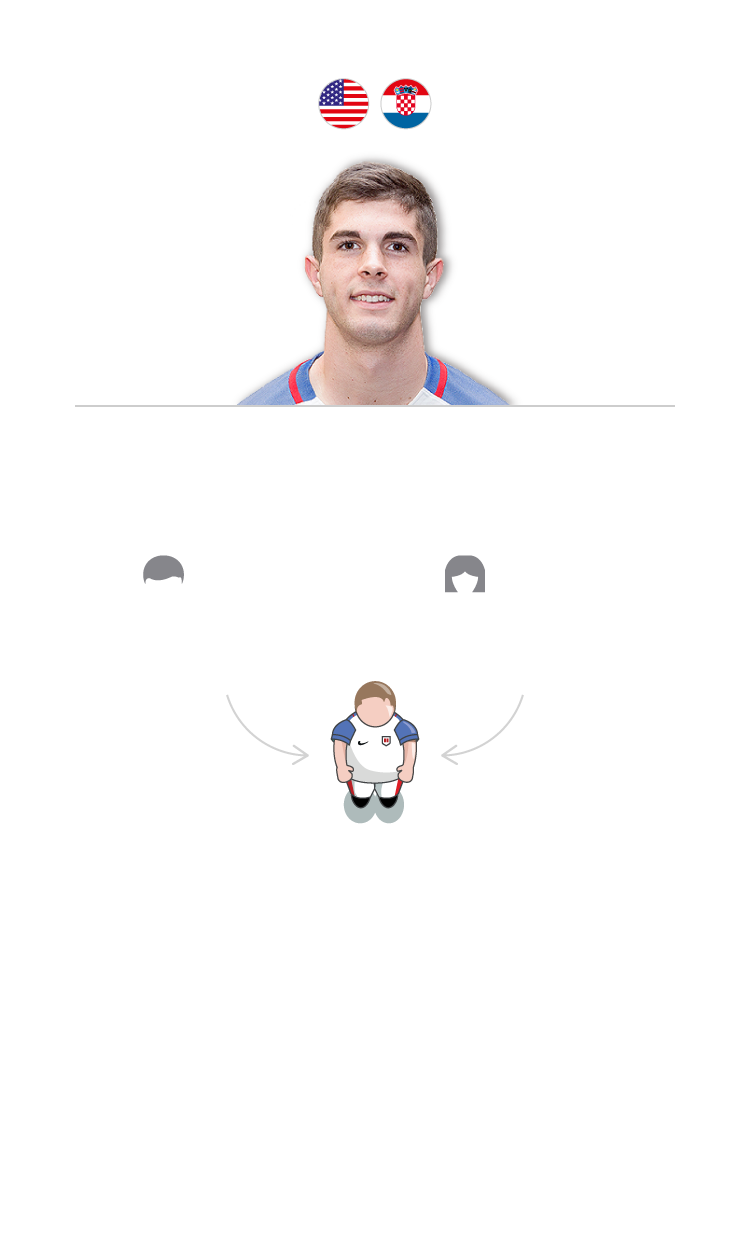 The grandson of a Croat, he applied for Croatian citizenship before moving to Europe to play in the German league. His parents are American. 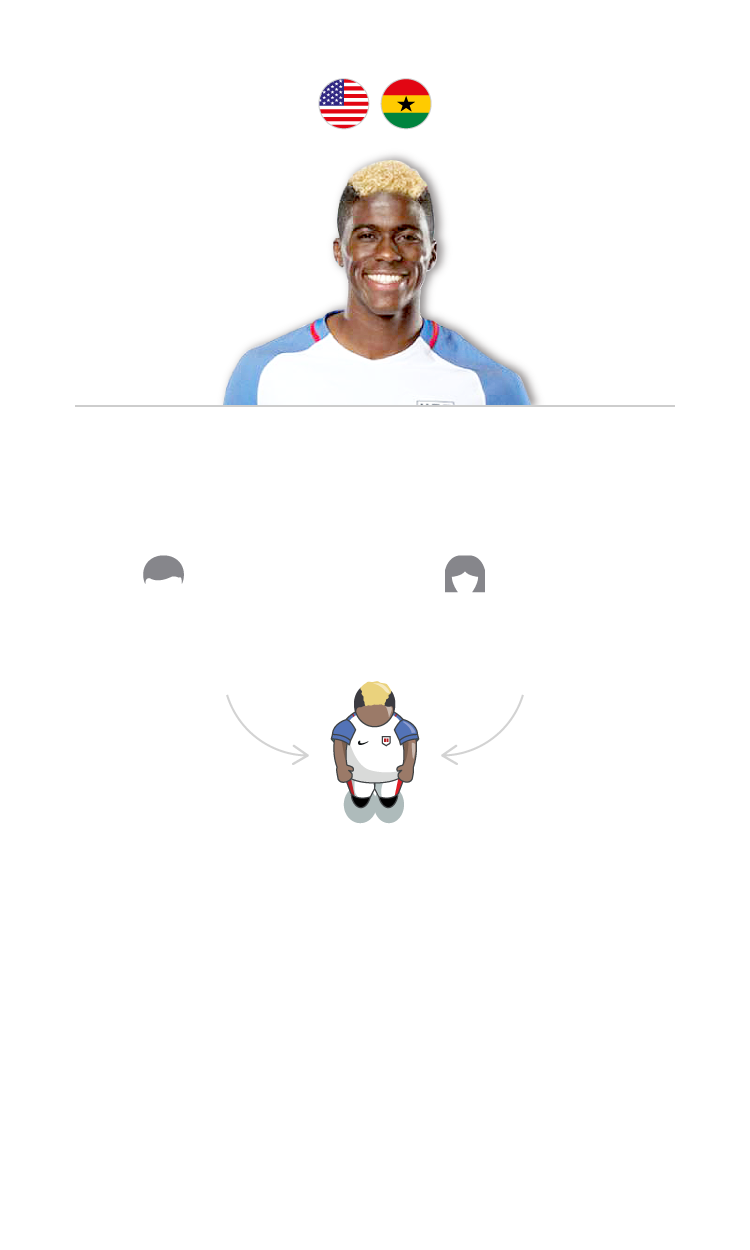 This front has a second nationality, since he's the son of Ghanaians. Fun fact: one of his great-grandparents immigrated to the U.S. from Brazil. 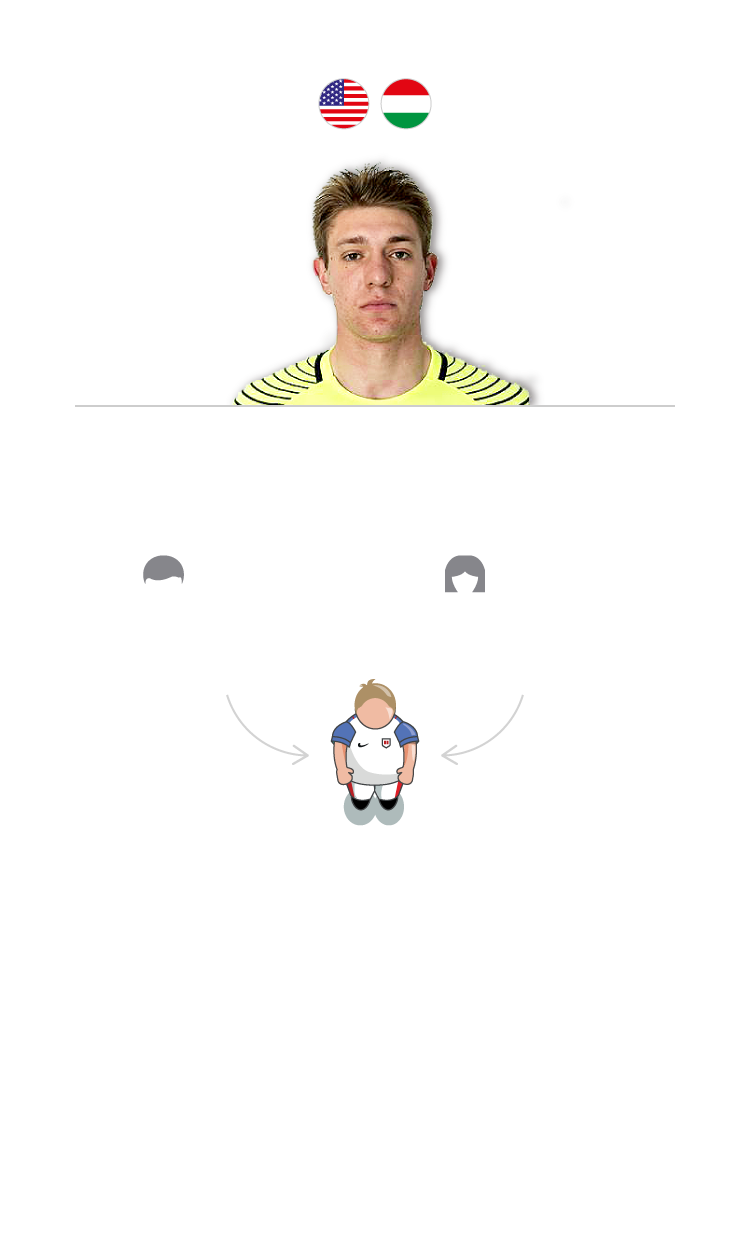 This 20-year old goalkeeper defends for Norwegian team Molde FK. He has a second passport because of his father, who is Hungarian. 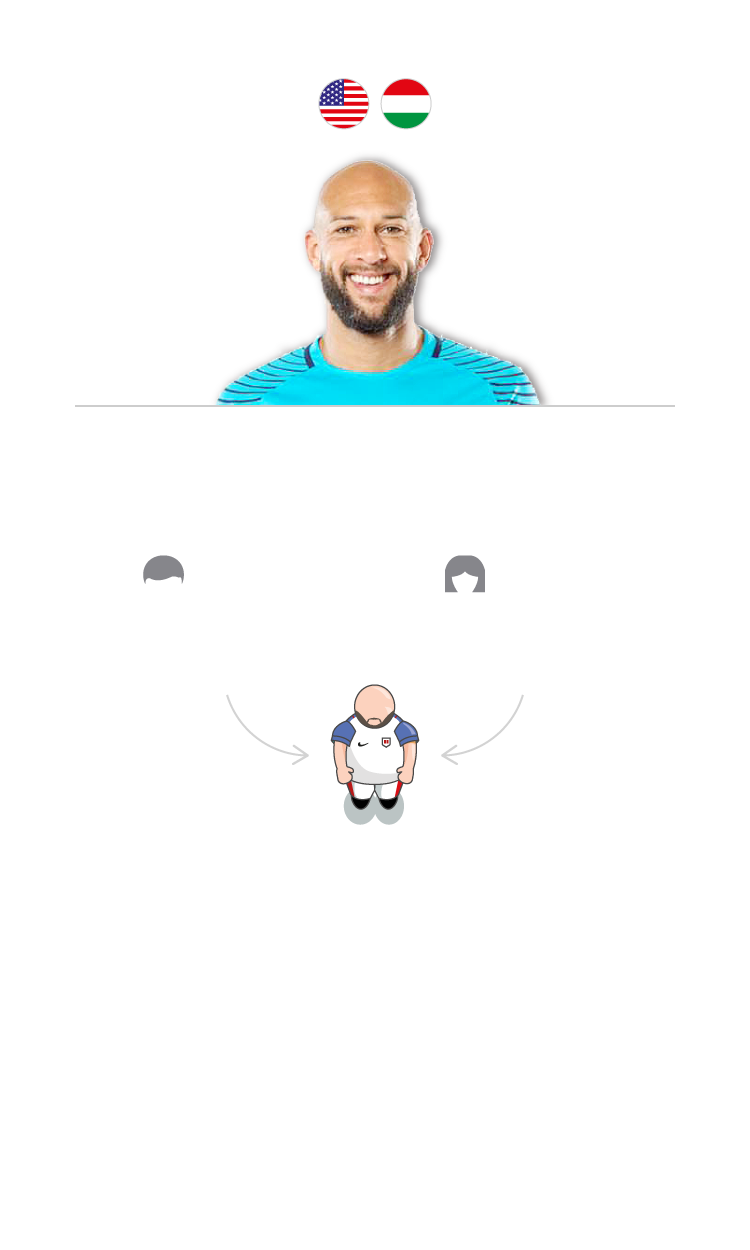 This goalkeeper, who currently plays in the English league, has dual citizenship as the son of an African-American father and a Hungarian mother. 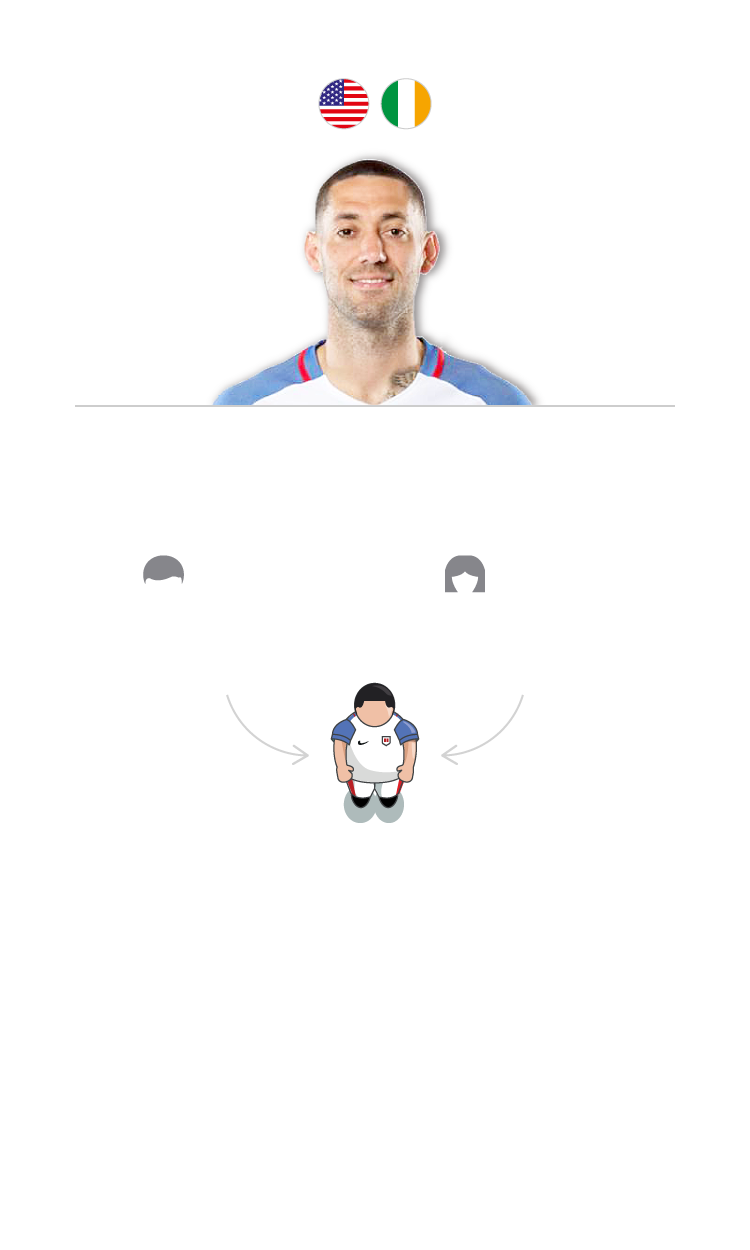 The forward was born in Texas, and both his parents were born in the United States but he is the grandson of Irish immigrants, hence his other nationality. 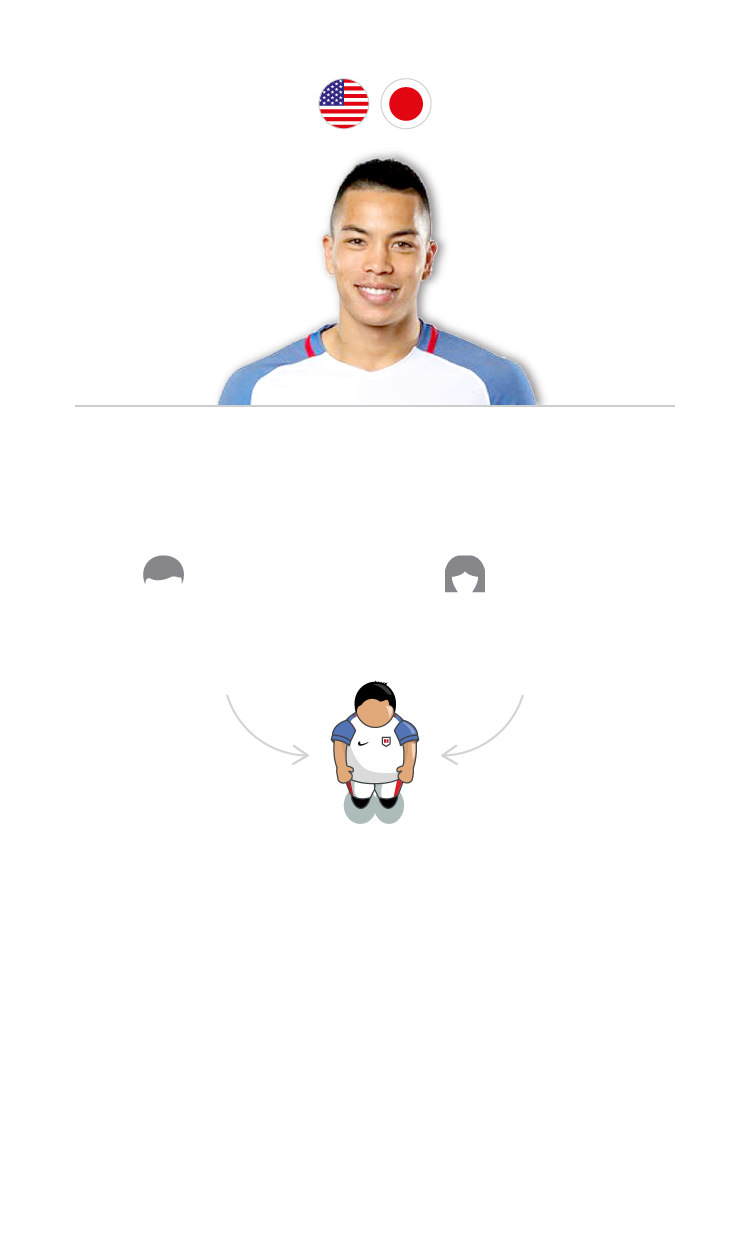 This forward was born was born in Hawaii. His father is Afro-American and his mother Japanese. 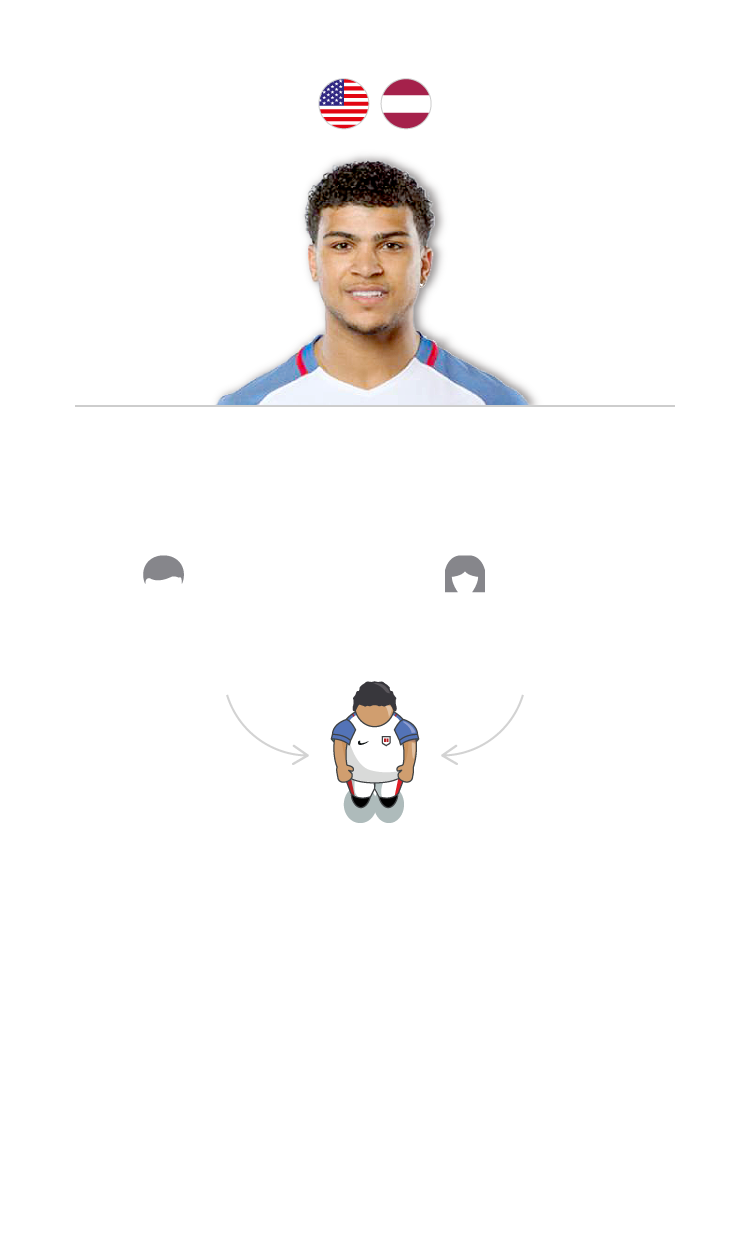 He was raised by his maternal grandmother, Ira Yedlin, and his step-grandmother, Vicki Walton. His Latvian roots on his mother’s side assure him of a second passport. 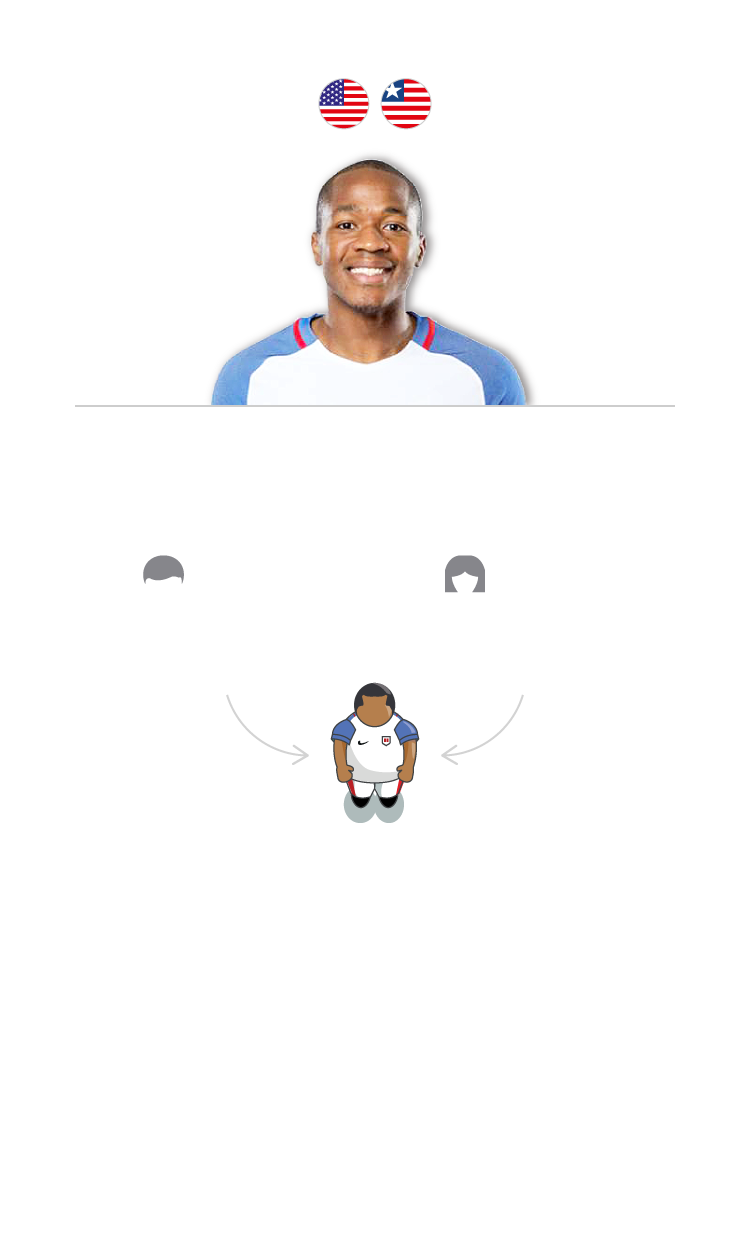 Nagbe was born in Liberia. At age 11 his family moved to the U.S. after living for a while in France, Greece and Switzerland. His father was a professional soccer player. 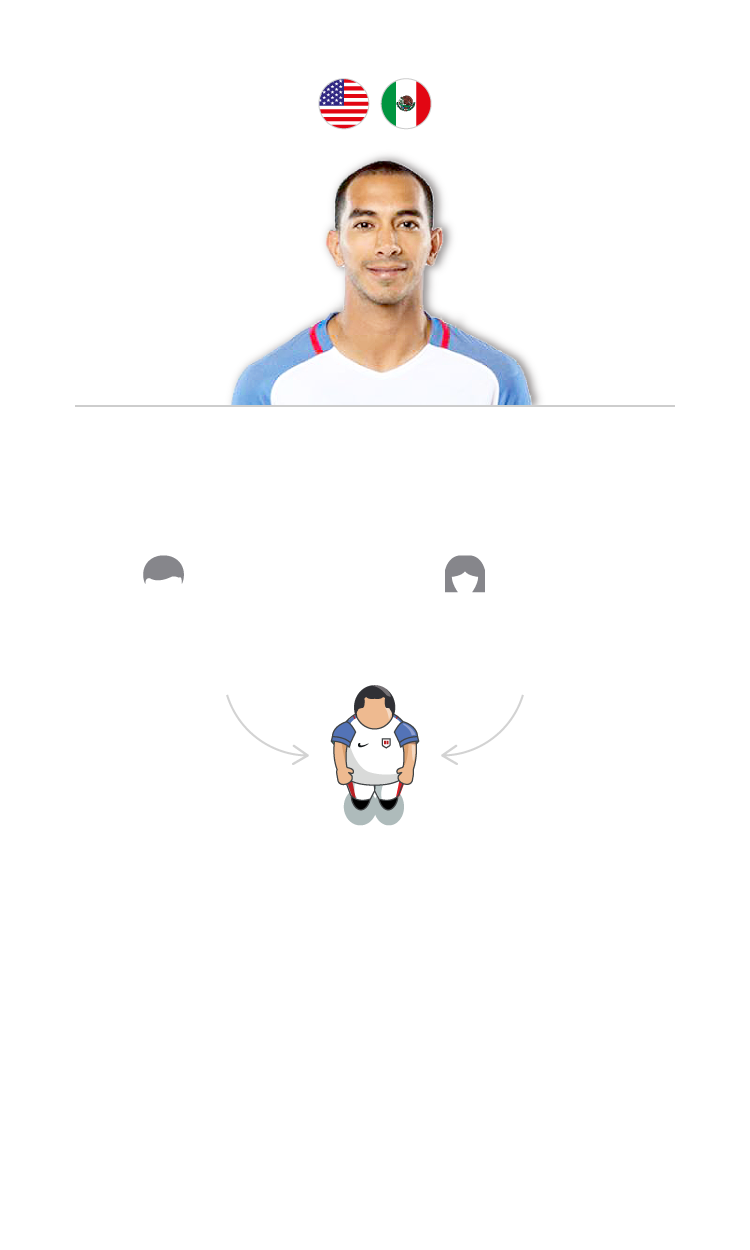 His parents are of Mexican origin. The defender played for the Mexican national U-23 team in several friendlies. He has worn the U.S. shirt since 2009. 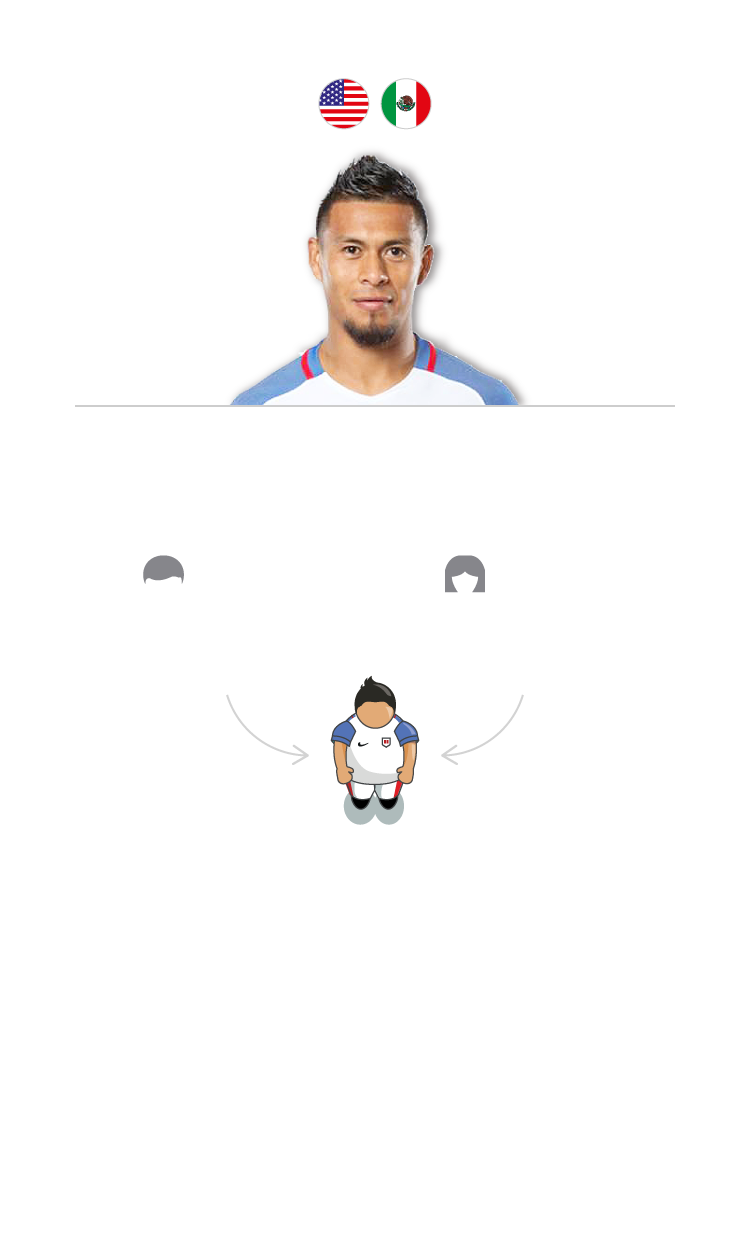 Orozco is the son of Mexican parents. The Hispanic defender is in his eighth year on the U.S. team. 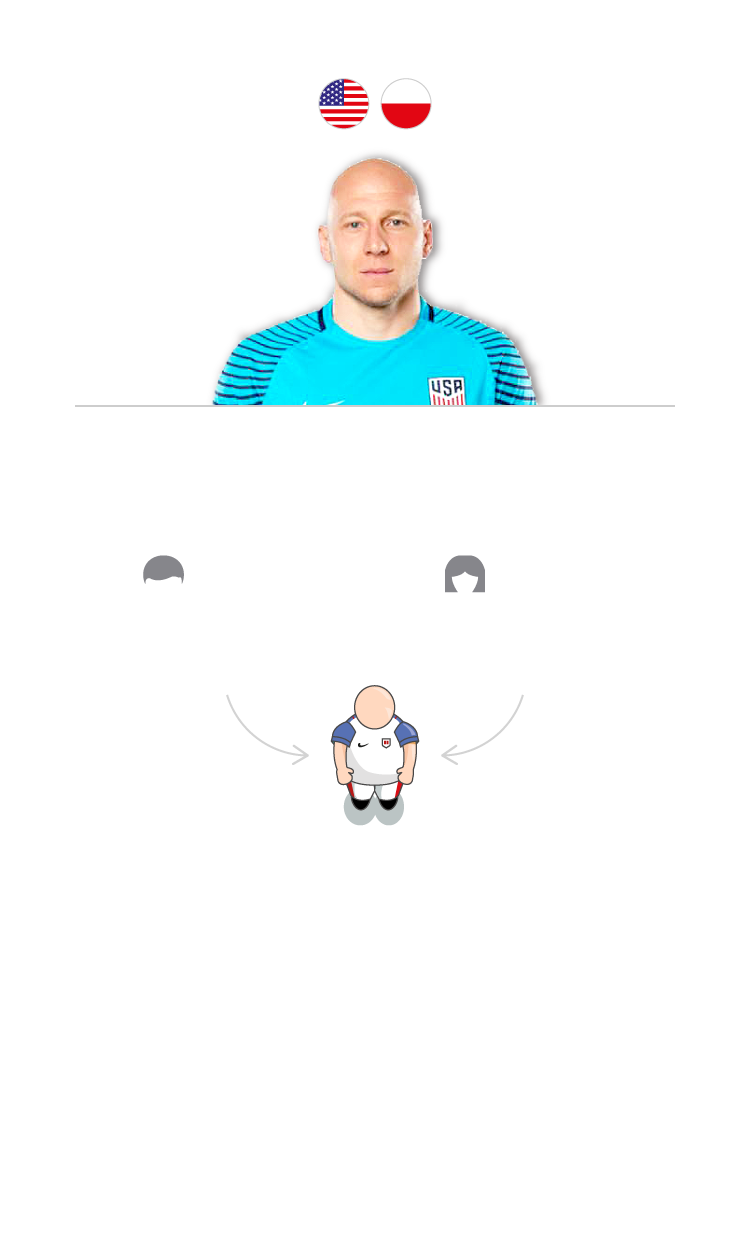 The goalkeeper has dual citizenship: U.S. and Polish. From Illinois, his other passport stems from being the grandson of Poles. 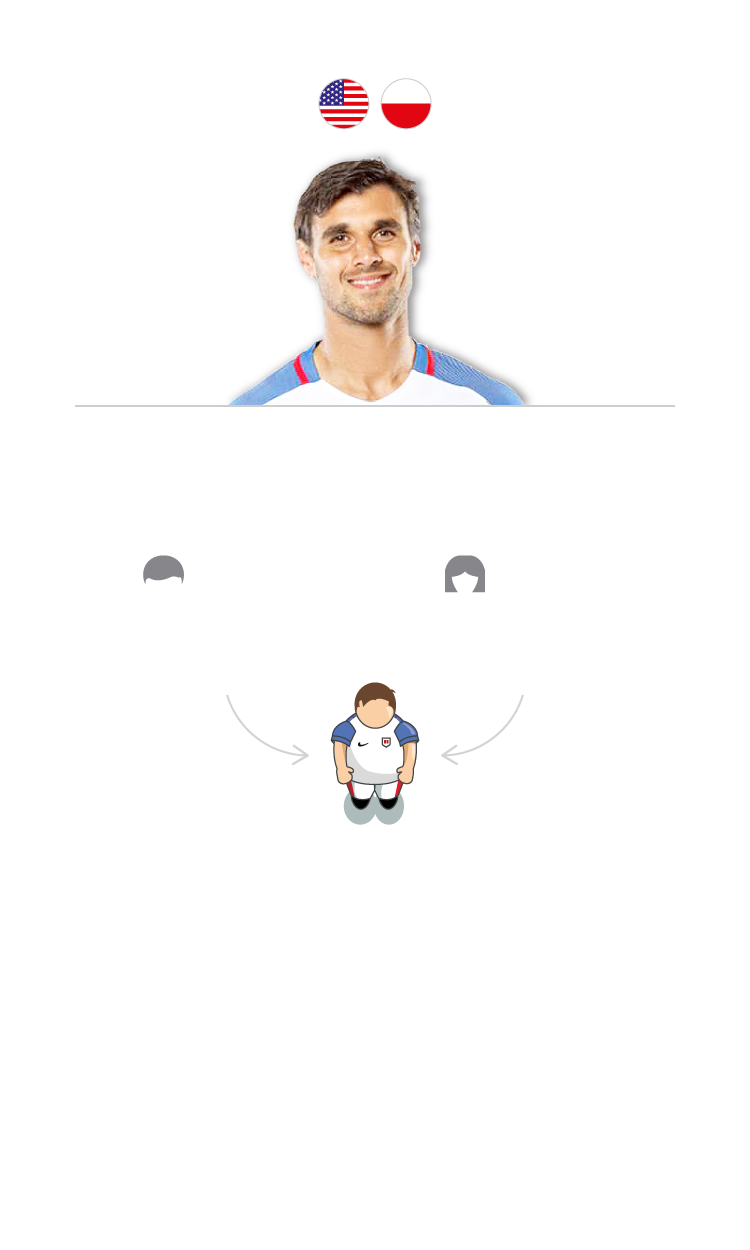 His paternal grandfather emigrated from Warsaw to the United States when he was seven. His mother is a Native American from the Kiowa people, of which the defender is also a member.